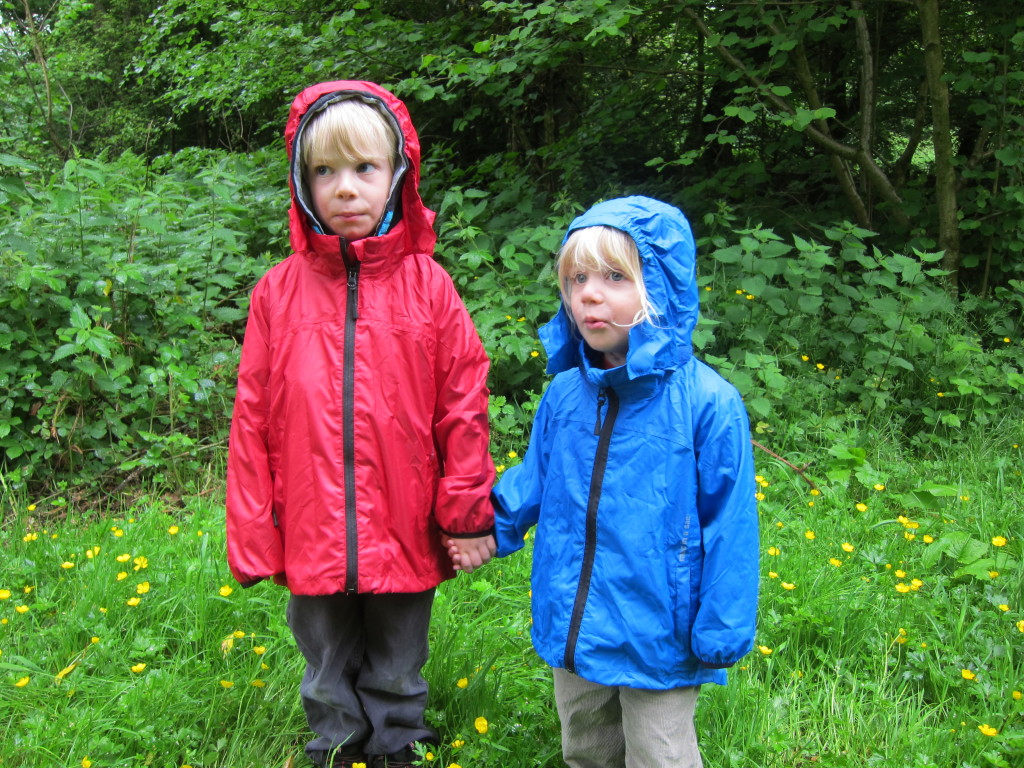 Apparently it’s the law that every time you see an Auntie or Great Aunt they have  to mention how much you have grown when your a kid. It used to annoy the hell out of me when I was young, but as a Dad I’m all too aware of how quickly my two little darlings are sprouting up faster than a certain Mr Jack and his beanstalk. I was pretty chuffed as a result to be sent two mac in a sac’s for review by the good folk at Target Dry as Ifor and Ellis are going through jackets every month it seems. So, being an outdoor geek, let’s take a look at what you get.

So far pretty standard for a waterproof jacket, but what really impressed me was the cost of them – just £20 including p&p. For those of us who like getting out and about and don’t want to spend £60+ on a decent jacket every time Damian / Esmerelda shoots up (delete as appropriate for your little poppet), these are to my mind a bargain.

The breathability is also a huge plus for me. Ifor in particular has a couple of jackets that when he runs leave him swamped with sweat inside. Don’t get me wrong, no jacket is going to ever cope with the amount of sweat he produces as a SMEALD (single minded extremely active little dude) but the breathability of 5000gsm does help. Couple that with the large vent at the back and it performs better than his other jackets. Thumbs up.

The other major plus is the fact these things are so damn light and pack in to their own bag. Taking them on and off as a result or sticking them in a rucksack in case the weather comes out to play then becomes so much simpler. As a Dad (aka packhorse) the less weight I have to carry, the more times I can throw them laughing up in the air and down again. Another thumbs up.

As a weather proof jacket I also like the fact they have a decent drawcord so when we have been out on Dartmoor and the mist & rain comes down, they can seal up to protect themselves. The hood is also a good fit in that regard with an elasticated hood and front mouth closure. Sadly you can still hear them talking through this. 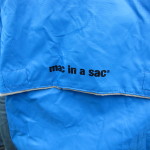 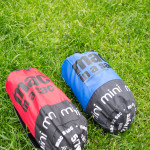 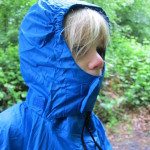 As for the down side, the only thing that leaves me a little worried is the thickness of the fabric and it’s durability. As jackets get handed down between sons this does mean that it may be better value for me to get a slightly more durable jacket if these don’t last. I’ll keep you posted however and update this blog post as they get stress tested.

Speaking of which we have tested on beaches, county hills, mountains, bike rides and so far for their weight and sheer practicality they have replaced the other waterproof coats the boys have. I guess that tells you you all you need to know.

– Lightweight and packable to the max.
– Breathable.
– Extremely good value for money.

Not so good stuff

-Fabric isn’t the toughest we’ve seen but we’ll update you after more adventures.

You can buy the Kid’s Mac in a Sac here in a variety of lovely colours for £19.99 direct from the Target Dry website with free postage 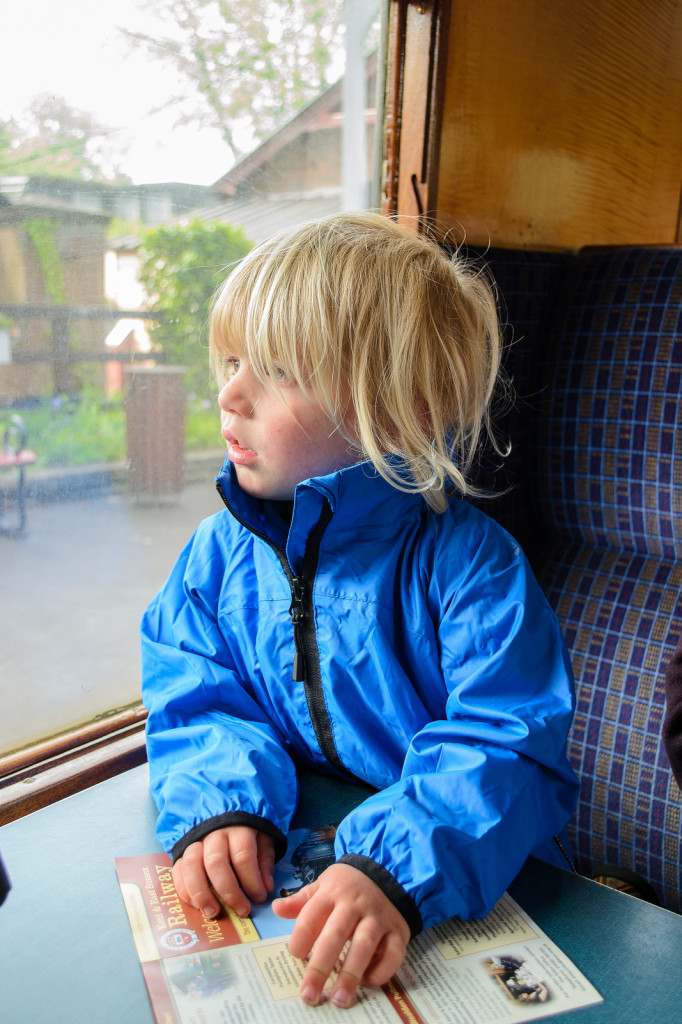 Please note that Target Dry provided these jackets for free, however the views expressed as always are my own and given without fear nor favor. The value of your house can go up and down as well apparently and the contents of this blog post may be hot.

We recently ran a competition over at Webtogs with walking-books.com to give away some of their walking packs. Whilst we were running the competition, I got chatting to Mike who runs the business about his Making Tracks series. The series are walking packs designed for children to take the lead with straightforward instructions and child-friendly maps. When he found out that I had 2 kids he promised me he would send me one of the packs to take with us next time we were up in the Peak District. They duly arrived at the beginning of the year, but we forgot to take them with us until we went back up the other week.

Each of the packs has 10 walks which have been designed for kids to read and lead. They are small and nicely illustrated, pointing out all the kinds of natural, historical and grim facts about places as you head along. We had Ifor (4 1/2 for those of you who need to know) leading and reading for the walk. Ifor picked a short walk starting from Winster which we had never walked from before, so we set off to the village with his brother Ellis (2 years old), Ma, Pa, Grandma and Grandad. 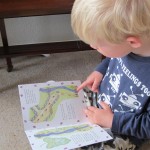 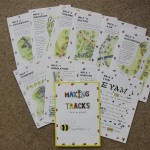 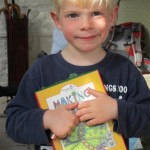 Ifor only started reading this year, but the walks were simple and he found it easy to follow the instructions. Each point on the walk was clearly described and songs were soon being sung of the “two arches with the postbox nearby”. Ducking in between houses we soon left Winster behind, heading across fields. The maps are not to scale, but they stayed true to the navigation principle of checking off features as you walk. Stiles, walls, overhead cables, rocky outcrops were all spotted and ticked off by Ifor as he led us on.

Each of the packs comes with a booklet giving an overview on the walks, what sort of gear you might need to take and the countryside code. Perhaps it’s because I have walked for so long and the rules are part of my life, but I had totally forgotten about the code and how important it is to pass it on. Ifor was duly briefed and he made sure we shut every single gate behind us. 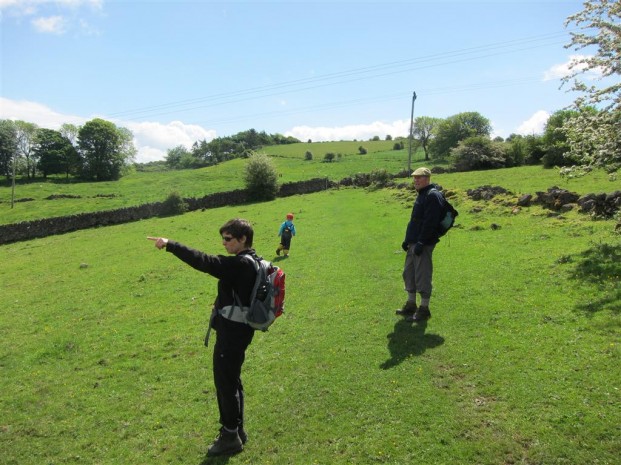 I expected Ifor to love the pictures and the horrible history aspects of the packs which he did. I also expected some good reading practice, but what I was surprised by was how much he grew in stature during the walk. Taking responsibility for our party and it’s direction gave him a new confidence. For me it was by far and away the biggest plus of the afternoon. It also had the bonus of driving him on. Usually walks are a heady mix of cajoling and bribery using food and drink, on this day though we fair galloped around! 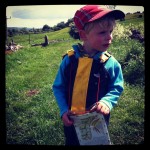 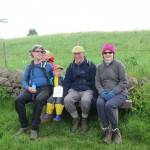 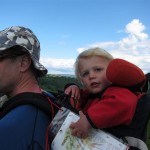 The walks are all short (up to 4 miles) and so after a couple of hours we came to the end of a very pleasurable walk. If there was anything I would like to improve it would be to include a backup OS map for the adults. We failed to find the start, parking at the wrong car park before realising which one we had to go to! I had also brought one of the plastic walk holders from another of the walking packs, these are missing from the Making Tracks series and I think it would be nice to include one.

Overall though these were a fantastic addition to our walking experience with Ifor much more involved, learning skills and chomping at the bit.

DISCLOSURE – Mike from walking books.com ran a competition with us over at Webtogs & sent me the pack for free to review. The review is my own thoughts on the Making Tracks series.