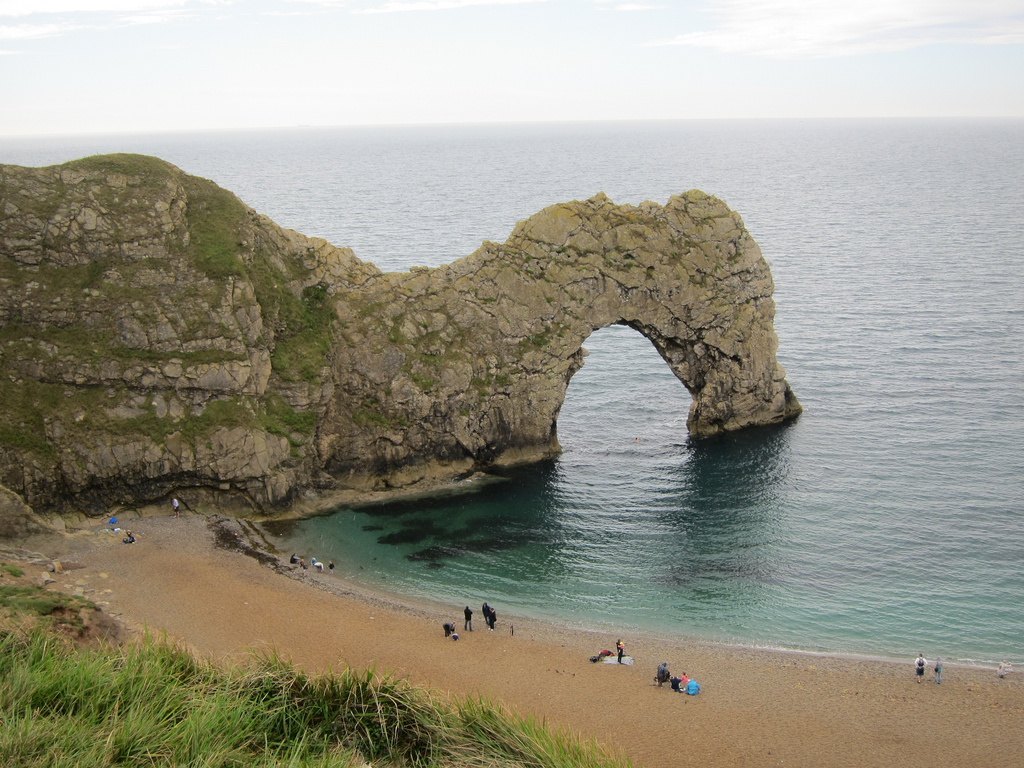 OK, I’m feeling a bit of a fraud after last nights post, but in my defence, stuff got cancelled tonight, so I have had a rare opportunity to sit down and blog. It’s been a funny old summer though, I’ve not had the chance to get out and about to do as much walking as I would ideally like to, but a couple of weeks ago, my friend Chris and I finally managed to head out for a stroll. We’ve got plans to do the Gritstone trail later in October, and Chris was worried about his fitness, so we decided to get a solid days walking on along the SW Coast path. Not only was it a good test of fitness, but Chris had not even heard of Durdle Dor, so I was quietly looking forward to seeing his reaction when we came to it.

Chris wanted a heavy rucksack to test the fitness thing, so I kindly offered to help out packing his rucksack. As a result, he ended up carrying a sack of potatoes, and several gas cartridges I had lying around the utility room. He didn’t realise that until the end, at which point he thanked me with a long, cold hard stare. “It’s OK” I told him, “It’s what friends are for.” He didn’t even thank me, I mean that’s just rude you know?

The day started out with a little drizzle and it was heads down to get up over the first hill, strolling on in silence. The rain seemed to keep some of the tourists at bay and it wasn’t long before Durdle Dor was in front of us, and Chris had a huge grin on his face. It’s a classic sight, and I will never tire of seeing it. 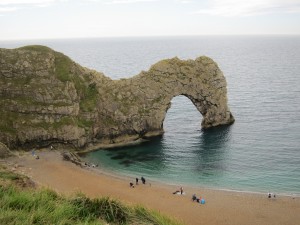 click to make any of the photos bigger m'kay?

Leaving the crowds behind, we carried on along the path, and soon had the track to ourselves. It has a fair amount of up and down, so we stopped on Bats Head for a spot of lunch and a breather. There were few people on the path and we felt privileged to have such a beautiful environment to ourselves. 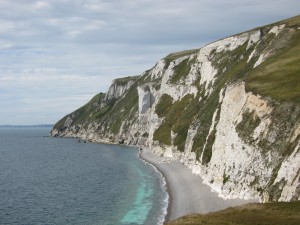 The weather forecast had been for a cloudy, rainy day, and although we could see the clouds inland, the day gradually brightened to reveal a child’s picture of what the coast should look like with cloudless skies, a rich blue sea and white sailing ships dotting the waves. There wasn’t much talking, but the grins came readily and easily to our faces. Reaching White Nothe Cottages, we spied the smugglers path down to the sea and set off down a seriously steep path to the beach. It’s not for the faint hearted, but if you do trek down there you will be rewarded by an abundance of wildlife, and at the bottom, a stunning beach that we had to ourselves. 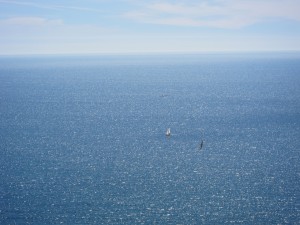 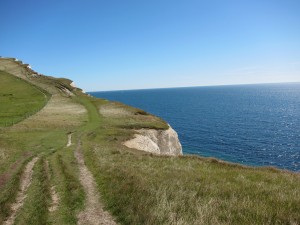 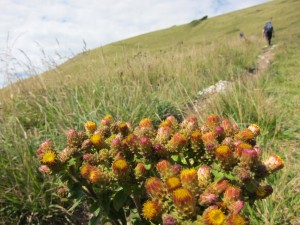 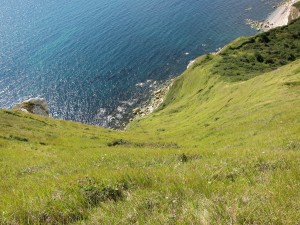 Taking a rare opportunity for this summer with the heat, we stripped off for a skinny dip and then basked in the sun to dry off. Kayaks came and went off shore, and we sat and watched the sailing ships heading back to Weymouth before struggling  up the long hard slog to the top. The stroll back to the car was across the top of the fields affording us a larger vista of the coast, and a flatter journey for our tired legs. I hate travelling back on the same route you have headed out on, and it was great to see the coast laid out as a whole. 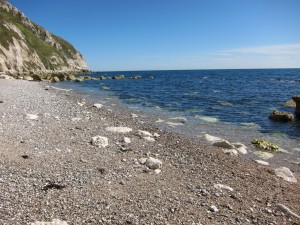 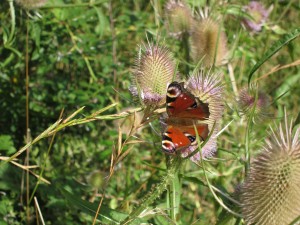 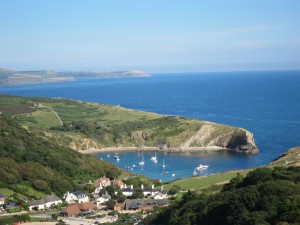 Most of my walking encompasses hills and mountains and I need to make more of an effort to visit our coast. I always complain about Dorset being too tame and agricultural, but the Jurassic coast has that feeling of rawness I want in my outdoors. The feeling of space, along with the challenge of the inclines along the SWC Path made it a day to remember. For more photos, check out my Flickr set from the whole day here, and of course, the Social Hiking map of the route is listed below as well.